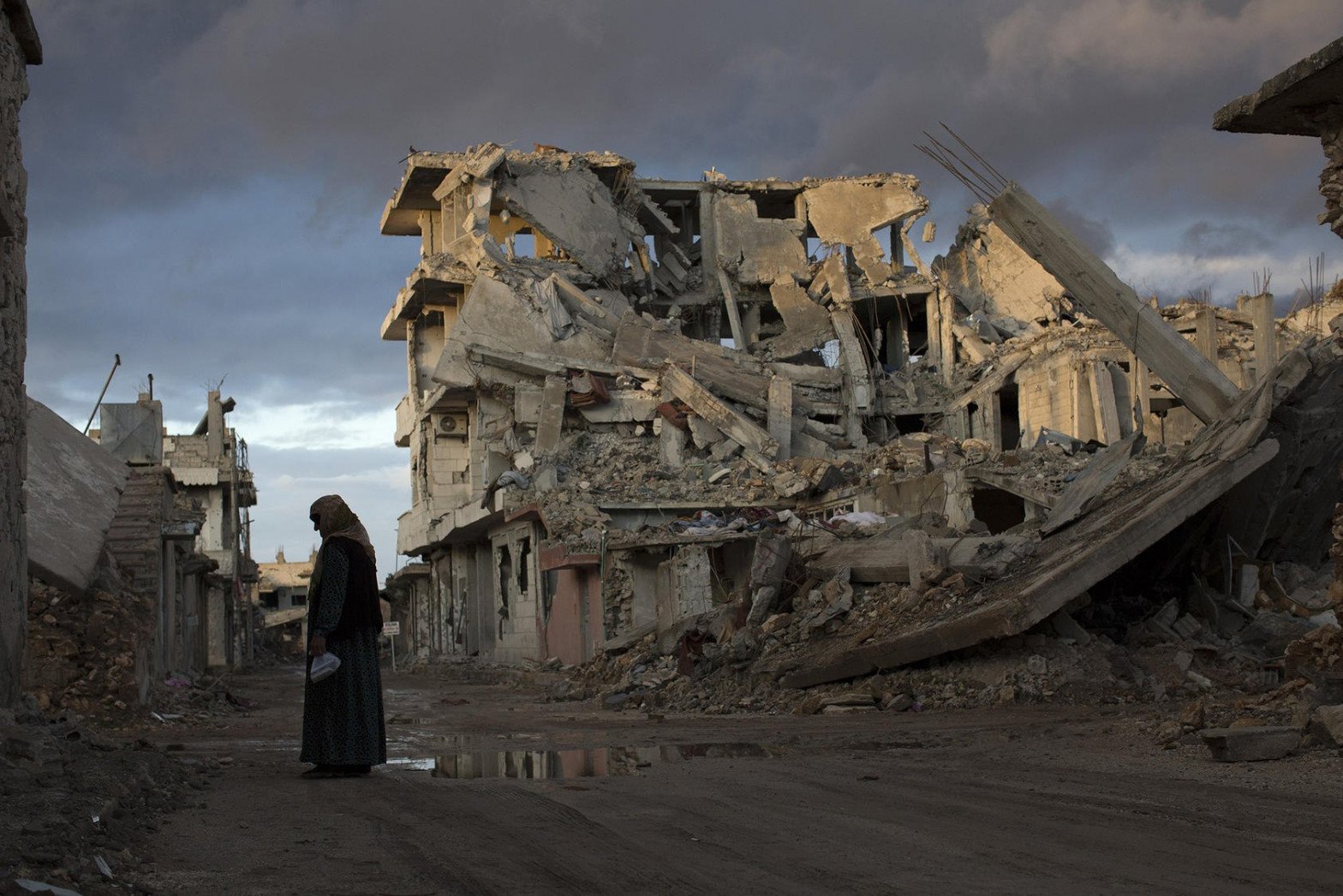 I continue here with the second part of the conclusion of my book “Syria; Through the Eyes of the Ambassador”, published in July 2021 (in Turkish). The first part was published in an article on 27 October 2022.

After 2016, actors on the ground in Syria established various zones of control throughout the country. The regime, which was on the verge of collapse, was able to recover with the support of Russia, Iran, and Shiite militia groups, leading it to reclaim many of the places that were captured by the opposition.

During the war in Syria, we have seen images that have shamed humanity. The Assad regime bombed its own people indiscriminately, aiming to spread fear and intimidate them into submission. The deliberate targeting of places such as marketplaces, bakeries, hospitals, and schools; the use of barrel bombs and chemical weapons; the beheadings and strangulation of people to death are things that reason and conscience cannot accept.

The world went after the beheadings carried out by ISIS, but the actions of those who used barrel bombs and chemical weapons have been overlooked.

Everyone seems to agree that there should be a political solution in Syria. The main elements of a political solution are in UN Security Council resolution 2254, which is based on the 2012 Geneva Communiqué: the establishment of a transitional administration and a new constitution, and the holding of free elections. However, various actors are in disagreement about what these elements mean.

The most controversial issue is Assad’s future. Let us assume that presidential elections are held and the opposition wins. Will the regime, which has caused so much pain and suffering to maintain its position, accept a transfer of power?

Where will the Kurds be in the new Syria? More than 90 percent of Syria’s oil, water resources, and dams, as well as a significant amount of agricultural land, are in the SDF-controlled region. The SDF established a quasi-state under the umbrella of US protection as a reward for fighting Daesh. Their armed elements have been trained and equipped with all kinds of weapons, including advanced ones.

For many, it does not seem realistic for the Kurds to give back the means and autonomy that they now have, and instead live under the authority of Damascus. For the Kurds, an autonomous structure seems to be the minimum that they would accept.

The territorial dominance of Daesh ended, but the organisation has not been erased. Since December 2020, it has resumed bloody attacks in Syria and Iraq, largely attributed to Daesh sleeper cells, which are said to be present in many parts of the country. The organisation appears to be attempting a comeback, and will likely be the focus again in the period ahead.

The U.S. is firmly and cost-effectively in Syria. It has a land army, the YPG/SDG, whose expenses are covered by the income from the oil fields under the control of the YPG. The pretext for its presence in Syria is to prevent the return of Daesh and to protect the oil fields from its resurgence.

Russia, which has a fully equipped and highly combat-strong military presence in Syria, has also settled permanently there. It has become Turkiye’s southern neighbour.

Turkiye is also present in the operation zones in northern Syria, as well as in certain parts of Idlib.

A legitimate and strong central government is needed to preserve Syria’s territorial integrity and political unity. If there were to be such a central government, there would be no need for the continued presence of foreign forces. Nevertheless, it is unlikely that this will happen any time soon. The United Nations may play a role in this regard in the future (such as through peace-keeping forces).

Turkiye, the United States, and others who have a de facto presence in Syria, have declared that they will withdraw once a final solution is reached and a central government has established its control and authority over the country. It is not clear how and when this could happen, but Turkiye will want to make sure that its security is guaranteed.

The Syrian people should decide what the administrative structure will be in the future Syria. If any part of Syrian society takes matters into its own hands and makes decisions without consulting other parts of the society, this will lead to new conflicts.

To make progress on many issues, including the return of refugees, the infrastructure and all aspects of daily life that were destroyed in the war will need to be rebuilt and operationalised. No progress on this can be achieved without the cooperation of the international community, of which Turkiye is a crucial member.

When Syrian refugees remained largely in neighbouring countries, especially in Turkiye, they were not seen as a big problem by the rest of the world. Visits to refugee camps, emotional speeches espousing sympathy, mostly symbolic donations, and occasional international conferences were the main concrete actions of the rest of the international community.

When tens of thousands of Syrians headed to Europe by land and sea, however, things changed. Europe’s foundation crumbled and the continent faced political crises. Islamophobia, racism and xenophobia hit the ceiling, while far-right political parties flourished.

Many ask how the Arab Spring and the crisis in Syria began. Was it a scenario by foreign powers that aimed to reshape the Middle East? Was it a plot to break the back of the key country of the Resistance Front? Different groups of people may have different responses. But the fact is that Assad has not managed things well and he has perhaps the greatest responsibility for all the destruction and suffering in the country.

Violence in Syria has led to more violence. At first, most of those who took to the streets were ordinary people with reasonable demands. Gradually, new kinds of people appeared. On both sides, abusers of religion, ideological heretics, radicals, and war profiteers took control. Humanity was lost and the country turned into a tinderbox.

The events of the Arab Spring that began in 2011 have marked the beginning of a new era in the region. Since then, the Middle East has been reshaped. We cannot regard the crisis in Syria as a stand-alone issue. The resolution of the crisis must also be regarded within this framework. Foundation stones of a new region are being laid, and international cooperation is needed to facilitate regional problem-solving.

However, the countries of the region must take the initiative and lead the solution efforts. Otherwise, countries from outside the region will once again attempt to impose their solutions and produce new problems. Is that not the main cause of and reason for the many problems in the region?

I shared in these two articles the concluding lines in my book to remind readers that, while we are in 2022, almost into 2023, not much has changed.

There is little that is unknown. The problems, the main actors, their interests and their concerns are all known.

We all have our ideas on how to solve the problems. I am aware that one’s solution may be another’s red line, but we may think of all the options in terms of a catalogue for possible solutions.

I have always believed that UNSC resolution 2254 contains all the necessary parameters and references for a political solution to the crisis in Syria. Unfortunately, this resolution has not been implemented properly.

On the Assad regime side, what is missing is the political will and their resistance against any sort of power sharing.

This is where the international community, the Arab world, could step in. I do not mean they should step in to press their solutions but rather to encourage and support a Syrian-led, Syrian-negotiated process.

It may be easier said than done. If it was easy, we would not be discussing this now, almost twelve years since the first outbreak of protests in Syria.

It is particularly difficult at a time when the world is in turmoil with the war in Ukraine and with many other crises, including food and energy. But this should not prevent the international community from trying to put out the fire in Syria, which could once again grow into a broader conflagration affecting the region and beyond.