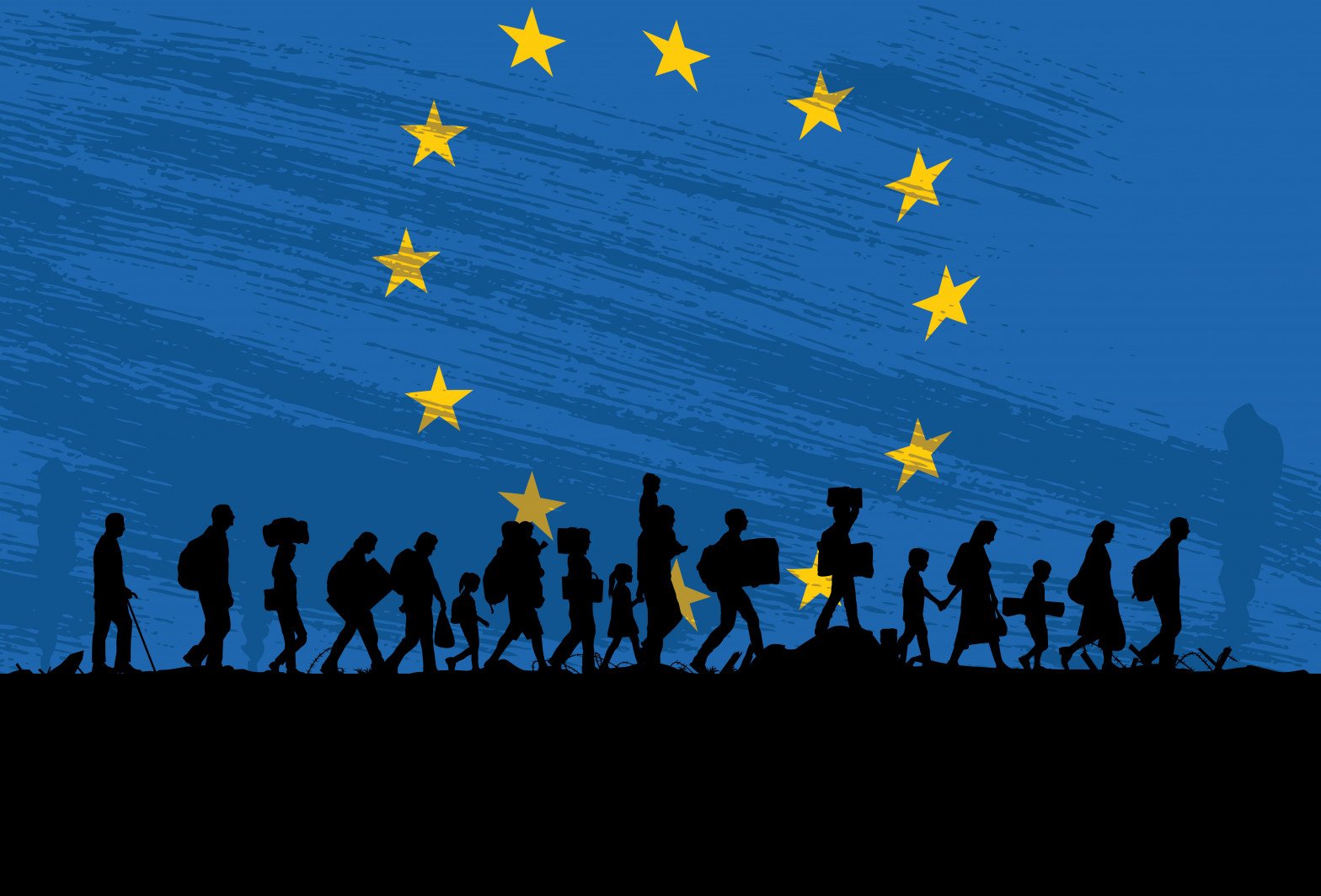 Syrian refugees in Europe – speaking as one of them – are experiencing mixed feelings these days. Europe, for Syrians, is a land of peace that has sheltered them from the ravages of war in their own country. It is a land of economic bliss and stability, where everyone is protected under the umbrella of the welfare state. Europe is also a place of security and order, where everything operates according to the rule of law. It is the place from which hopes arise for the trial of Bashar al-Assad and the leaders of his regime, spurred by the success of tribunals already established in more than one European country to prosecute those responsible for committing war crimes in Syria.

It would never have occurred to Syrian refugees who risked their lives to get here that the threat of devastating wars that they fled from would soon come knocking on the doors of Europe itself. Even less so that this threat would emanate from Putin’s Russia, the same country that helped the Assad regime put an end to the Syrian revolution and caused the displacement of millions of people from Syria to all four corners of the world.

Syrians who fled the horrors of chemical weapons now find themselves facing the prospect of nuclear war, as fears are growing that the Russian-Ukrainian war will turn into a major European conflagration that could have massive repercussions.

Yet many of us are bewildered to see how European countries are working to fuel this war by sending arms to Ukraine instead of working to contain the conflict by calling on all parties to come to the negotiating table, and leading diplomatic efforts to put an end to the fighting, addressing the mutual fears and mutual threats of all sides.

Will the order, stability, and democratic values that have come to characterize Europe ultimately survive? Or will Europe be dragged into a massive war that will endanger the lives of all who those who live on the European continent?

To answer these questions let us look back in history. The European Union itself is a “utopia,” originally established to prevent war among European countries that decimated one another in two great European wars (not world wars as they want us to believe), and left more than sixty million dead. The two devastating European wars eventually ended, but not before the annihilation of six million Jews, whose only crime was that they were not born as Catholics.

In the aftermath of war, Europe lay in ruins, but there was no one left to rebuild the continent from the rubble and devastation. It was only then that Europe sought the help of millions of Turks, Algerians and other immigrants who helped rebuild the European countries with the help of American money. Had it not been for America and the influx of immigrants, Europe would not have emerged as we know it today. Therefore, it is possible to see how a rational and peaceful Europe was once a foolish and violent Europe. Today, it is the second characteristic that appears more deeply rooted than the first, if we look at it from a broader historical perspective.

Europe often complains about the refugee crisis and makes us feel guilty because we are here, but why has Europe become such an attractive destination for refugees?

The answer lies in the fact that Europe is rich and full of opportunities, made wealthy by the resources plundered from other nations through wars, conquests, and colonial exploitation. What would France have been without Africa? And what would England have been without India? Even small European countries, such as Belgium or the Netherlands, would not have prospered had it not been for their fleets, which spread terror in the world through piracy, impoverishing other nations and their peoples. Ask the Congo about Belgium, Indonesia about the Netherlands, Namibia about Germany, Rwanda about France, and countries of South America about Spain!

Even within Europe itself, Europeans were cruel towards one another. Sectarian wars between Catholics and Protestants lasted for more than two centuries and led to the horrific death of millions, ending only with massive sectarian purges. Britain, for example, expelled many of its Catholic citizens to France, and France, in turn, expelled the Protestants from its lands, so that they were forced to cross the sea to Britain or migrated north to the Netherlands.

But foolishness is not simply a characteristic of the past, it is also manifested in Europe’s present. Long before the recent conflict precipitated by Putin’s Russia, Europe was obsessed with the threat from so-called Islamic terrorism, which loomed large in the media as a great danger, but was almost non-existent on the ground. Foolish Europe convinced its citizens that French soldiers in Burkina Faso (a country that most would be hard-pressed to even pinpoint on the map) were there to fight the jihadists and protect Europe against Islamic terrorism! All of this while Russia was progressing militarily, encroaching upon its neighbours, and China was growing economically and technologically powerful, raising the prospect of the emergence of a new alliance that now threatens to put an end to Western hegemony over the world; a hegemony over which no one seems to grieve.

While one wants to believe that humanity is moving forward and civilization is advancing on a linear path, the more humans are in possession of power, intelligence, and wealth, the greater it seems their tyranny grows, and the more closed their hearts become. This is how Europe looks these days. Europe, which we came to in search of peace and freedom, shocks us with its deep-rooted foolish spirit, and threatens us with a great suicidal war.