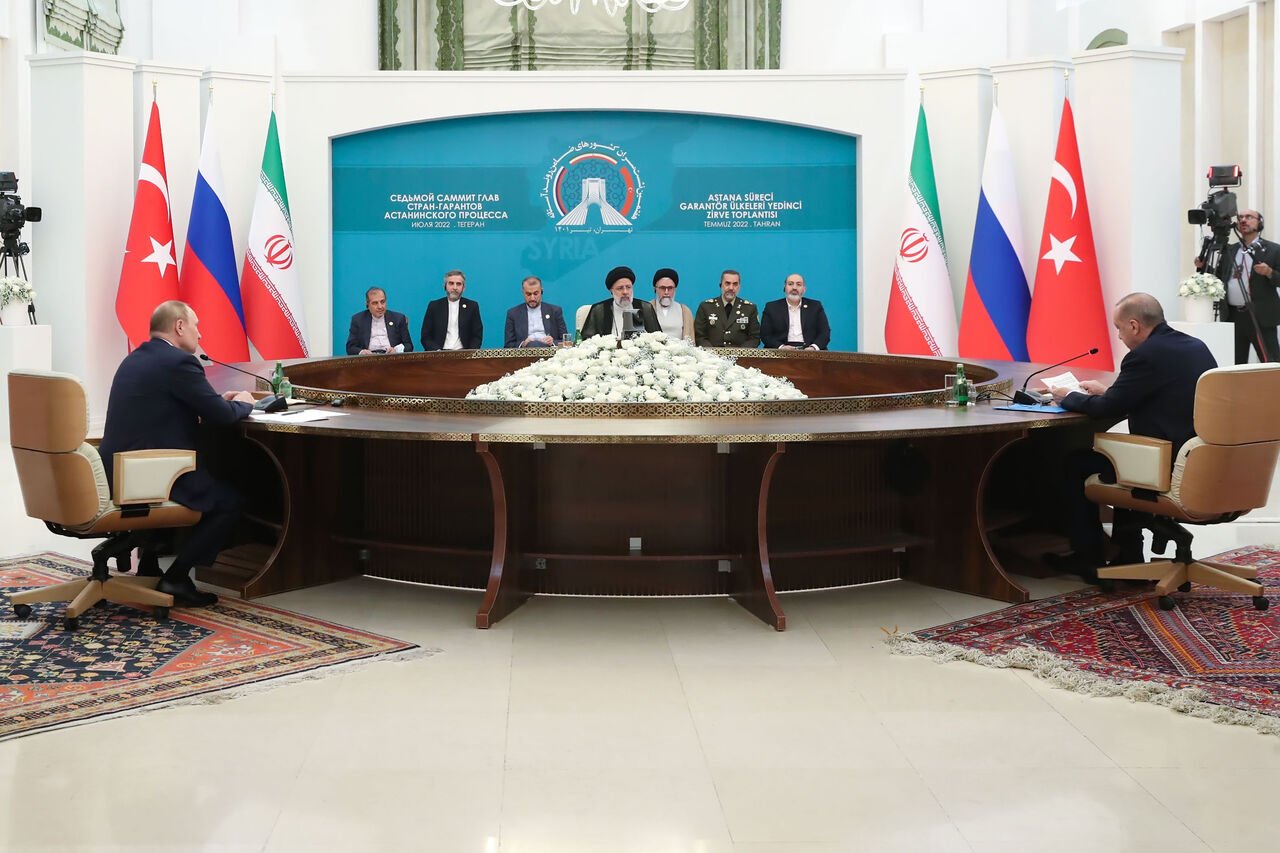 It is a known fact that Türkiye, for some time, has been upset with the lack of cooperation and support from Russia and the US with regard to its fight against terrorism in the North of Syria. In 2019 Türkiye reached separate agreements with the two countries.

On October 17 of that year, Türkiye agreed on a ceasefire with the US nearly a week after it had started a cross-border operation against the YPG/PYD terrorists. The US was to facilitate the withdrawal of YPG/PYD forces from the Turkish-controlled safe zone. In return, Türkiye was to pause Operation Peace Spring to allow the withdrawal.

Furthermore, a couple of days later, Türkiye agreed on a Memorandum of Understanding (MoU) in Sochi with Russia. The main aim of the MoU was also to remove the YPG/PYD terrorists from the safe zone, particularly in the east of the Euphrates.

It has been three years, and both arrangements haven’t been fully implemented. On the contrary, PYD/YPG terrorists continue to stage attacks against Türkiye on a regular basis. Türkiye has repeatedly called on the US and Russia to fulfill their obligations and discontinue their collaboration with the terrorists.

It must not be forgotten that the PYD/YPG is not only a threat to Türkiye but to the Arabs living in the areas they control. It is a known fact that they commit grave human rights abuses and abduct children starting from the age of Seven to use them as human shields. Moreover, they also jeopardize the future of the Kurds living in Syria who do not support these terrorist elements and want to live a peaceful life in Syria together with the rest of the Syrians.

The Decision for a Military Operation in Syria

As a result of an increase in the attacks, especially in the Tal-Rifat and Manbij areas, President Erdoğan, on May 23, declared that Türkiye was ready for a new military operation in Syria.

The reaction of the actors on the ground, namely the US, Russia, Iran and the Assad Regime, was adverse. While the US, Russia and Iran acknowledged Türkiye’s legitimate security concerns, none wanted a military operation that risked destabilization and escalated violence in Syria.

In response to President Erdoğan’s statement, Assad expressed that the Syrian people – first and foremost – would fight against the Turkish army, and the Syrian military would follow to protect their country. Assad’s bold reaction was in part due to the support he received from Iran and Russia.

Although relative calm prevails and not much has changed in Syria since 2019, one crucial factor has altered the situation on the ground. Russia’s war against Ukraine played a role in shifting the attention of the main actors in Syria. When Russia transferred a substantial number of its troops to Ukraine, Iran began to quickly fill the vacuum. While Russia still has and will undoubtedly continue to have an essential presence in Syria, militias of the Iranian Islamic Revolutionary Guard Corps (IRGC)have increasingly become visible on the ground, especially in the areas such as the al-Hasakah and Deir-Ezzor Governorates, where they are intensifying their military and logistics capacity.

The bilateral ties between Türkiye and Iran have been strained for some time, especially after Türkiye’s rapprochement with Israel. Iran’s Foreign Minister Abdullahiyan visited Türkiye at the end of July this year. During the press conference with Foreign Minister Çavuşoğlu, Abdullahiyan acknowledged Türkiye’s sensitivities and legitimate security concerns. Yet, less than a week later, during his visit to Damascus, Abdullahiyan expressed his disapproval of a possible military operation by Türkiye.

It was announced at the beginning of July that President Erdoğan would visit Tehran, but the details of the visit were not given. As the date approached, the Kremlin made a similar announcement. It was soon understood that the long-delayed Astana Summit would take place in Tehran.

On the margins of the Summit, President Erdoğan held separate one-on-one meetings with Iran’s Supreme Leader Khamenei, President Reisi, and President Putin. The message that came out of the bilateral meetings was the same: “We understand Türkiye’s security concerns but don’t want an operation in Syria.” President Erdoğan, while delivering his speech during the summit, said that “Words don’t cure wounds.” expressing Türkiye’s frustration for the lack of commitment shown on the part of its partners within the framework of the Astana Format.

The day after the Summit, Foreign Minister Çavuşoğlu openly stated that Türkiye did not need permission from any country to conduct a military operation in Syria. One week later, Çavuşoğlu went further to underscore that neither the US nor Russia kept their promises and that if these countries would not act together with Türkiye, then Türkiye would pursue its path and do what was necessary on its own. A similar statement came from Presidential Spokesperson İbrahim Kalın.

A couple of days before the Sochi Summit, Foreign Minister Çavuşoğlu told journalists that Türkiye would give the necessary political support to the Assad Regime in its fight against terrorists and that it was only natural for the regime to clear its own territory from terror organizations.

The main agenda item of the Sochi Summit was bilateral economic cooperation. However, regional as well as international issues of common interest were discussed during the four hours meeting.

There was no joint press conference after the meeting, but a joint statement was issued. Nothing new was stated in the Syria paragraph, but a renewal of both sides’ “commitment to act in coordination and solidarity in the fight against all terrorist organizations in Syria….” This meant that Türkiye wanted Russia, within the framework of the 2019 Sochi Agreement, to remove all YPG/PYD elements from Manbij and Tal Rifat; in return, Russia expected Türkiye to remove terror groups from the Idlib area.

On his way back to Türkiye, President Erdoğan answered journalists’ questions. Apparently, Putin had implied Türkiye’s direct handling of certain issues with the Assad regime. Both sides’ intelligence agencies are already cooperating, but for Erdoğan, the cooperation is insufficient. He is not satisfied with words alone and wants concrete support from his Astana partners. According to Erdoğan, Putin has promised to give his support to Türkiye in this regard.

During the last day of the 13th Ambassador’s Conference in Ankara, Minister Çavuşoğlu, while delivering a speech to diplomats, said that Türkiye must find a way to get the opposition and the regime to reconcile in Syria. He also added that he briefly encountered the Syrian Foreign Minister Mekdad on the margins of a multilateral meeting in Belgrade 10 months ago.

Çavuşoğlu’s statement caused protests in the Azaz, Al-Bab, Afrin as well as İdlib. The next day Spokesperson of the Foreign Ministry, Tanju Bilgiç, made a statement underlining that Türkiye’s stance towards the Syrian opposition has not changed and that Türkiye has fully supported the opposition from the beginning to reach a comprehensive political settlement. He made it clear that the support would continue.

Does Türkiye Have the Support of the Actors on the Ground?

After all the diplomacy, including several meetings and telephone conversations, does Türkiye finally have the support of the actors on the ground to move forward with its operation in Northern Syria? It would be premature to say so. But, as several Turkish officials have reiterated, Türkiye does not require approval of any sort.

Türkiye’s operation is not a matter of “if” but of “when.” This argument is supported by The Minister of National Defense, Hulusi Akar, on August 9, where he emphasized that “there is one last link left for the operation.”

Although the scope of the operation is unknown, Türkiye will not take a step back and allow terrorists to continue attacking Turkish soil and creating instability on its borders. Furthermore, supporting the PYD/YPG does not benefit any of the parties on the ground. Some analysts claim that the US wants to create a separate Kurdish State in the North-East of Syria. I beg to differ. Such a move will create repercussions beyond the region and will not be allowed by any of the other actors in Syria –  first and foremost, Türkiye. The only way to halt the war in Syria is to find a comprehensive political solution within the framework of UN Security Council Resolution 2254. Supporting the PYD/YPG only delays the termination of the war and achieving a much-needed long-lasting settlement for the Syrians and the region as a whole. 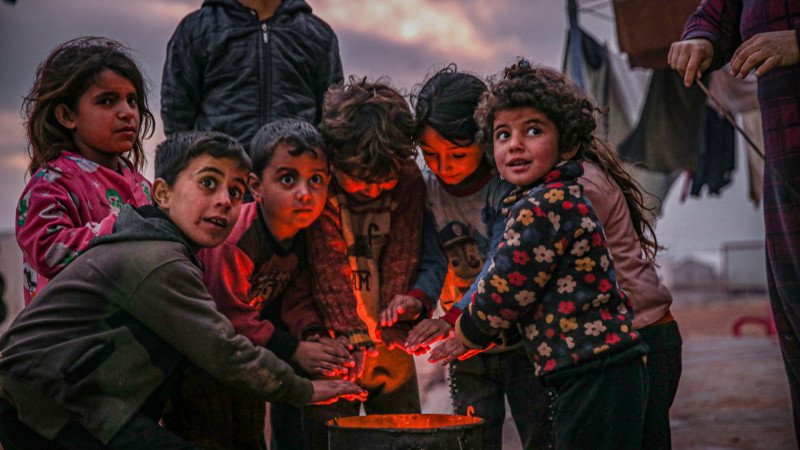