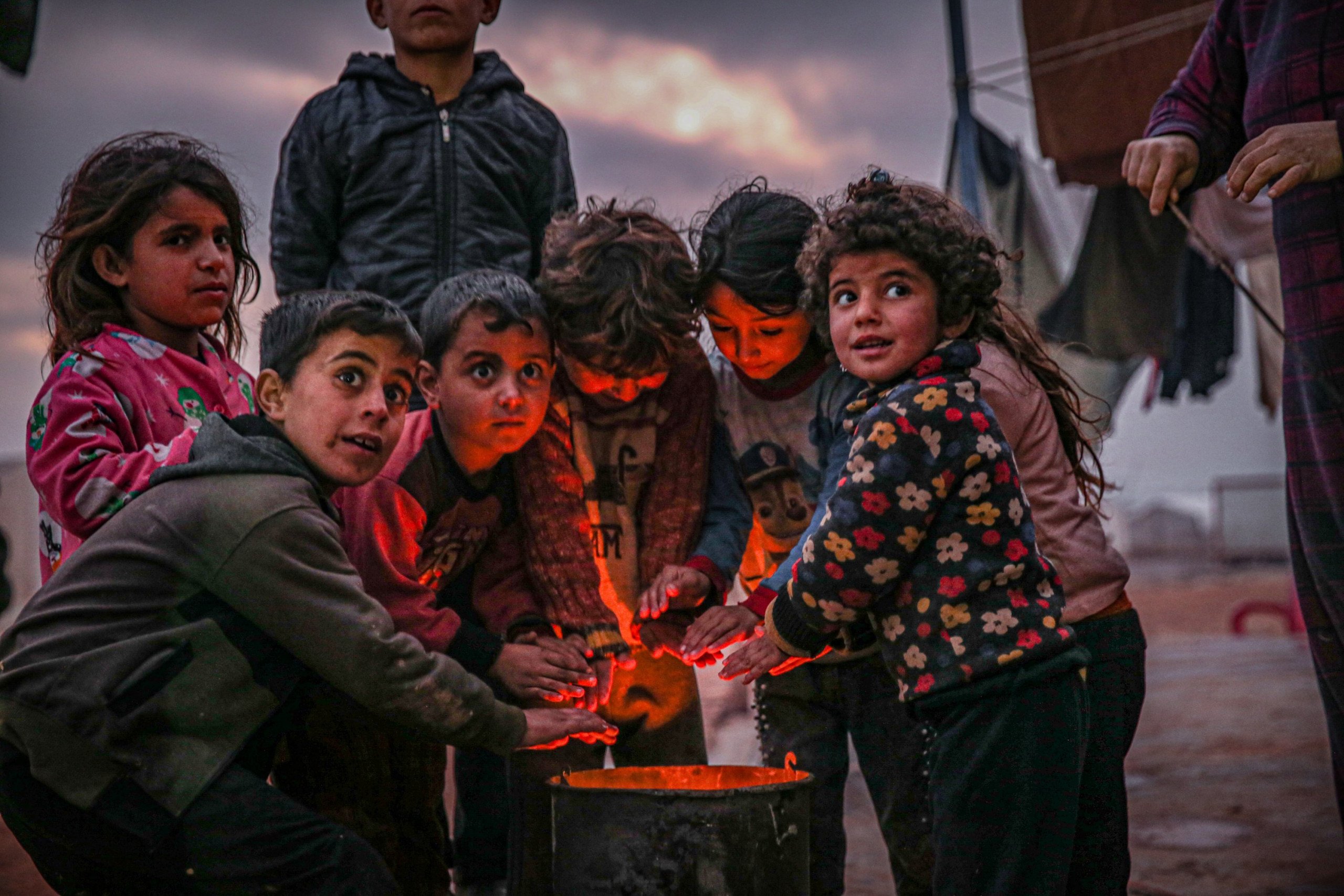 I used to live in an apartment across a beautiful park in the district of Mezzeh during the time I served as a junior diplomat in our Embassy in Damascus. Looking at the park from the window of my living room, I vividly remember children playing joyfully unaware of what would happen in the coming years.

The war in Syria has been going on for over a decade. Unfortunately, it is become more and more difficult to find a comprehensive political solution. Nearly half of Syria’s pre-war population (estimated to be somewhere around 19 to 21 million people) have been severely affected by the prolonging conflict. More than 14 million people are in need of humanitarian assistance.

“In wars children pay the heaviest price” sounds like a cliché, but regrettably it’s a fact. Children do pay a very heavy toll. No child should sleep on an empty stomach, let alone witness the loss of his/her loved one or live a life in refuge. Unfortunately, over the past decade Syrian children have persevered tremendous difficulties and they continue to bare a huge burden.

Syrian children have been a witness of escalating armed conflict, exploited as toy soldiers, subjected to forced labor and sexual violence. Moreover, they are increasingly deprived from health care and education. As a result they undergo shock and trauma having endured the severest of pains.

Situation of the Children in Syria and Neighboring Countries

With regard to Syria, finding accurate or up to date statistics is always a challenge. The statistics used in this article are from UN and its relative agencies. Approximately, 5 million children born after 2011 know nothing than war and suffering.  In 2021, 900 children either lost their lives or were injured, bringing the total number killed and injured to nearly 13,000. [Some sources claim the deaths are around 30 thousand] Today, nearly 90% of Syrian children need support.

Already a closed and underdeveloped economy before the conflict, Syria today faces severe food shortages. An estimated 12.4 million people suffer from food insecurity. This represents a 57% increase since 2019 and is the “highest number ever recorded in the history of Syria,” according to the World Food Program. Moreover, 6 million Syrian children are in need of humanitarian aid, and more than 2 million children living in remote or unsecure areas do not have access to aid. Over half a million children under the age of five are said to be facing chronic malnutrition and growth related problems.

A huge majority of Syrian children have not been able to receive proper education over the past decade.Around 2.5 million children in Syria and an additional 750,000 Syrian children in neighboring countries are out of school, 40 % of them being girls. Hundreds of education facilities have come under attack.Over a quarter of Syrian schools have been damaged, destroyed, or are being used as shelters by IDP’s. Even if the schools are open parents are unwilling to send their children to school over fear that they might be attacked at any given time or abducted.Without proper schooling it would be nearly impossible to expect these children to significantly contribute to the future reconstruction of Syria once the war is over.

There have been severe human rights violations from the onset of the conflict, this includes children as well. Children continue to face rights abuses, including but not limited to, extrajudicial killings, torture, forced labor, sexual violence and forced conscription.

The situation in northern Syria is particularly alarming. In the northwest, millions of children remain displaced, with families having fled violence several times in search for a more secure environment. 3/4th of the grave violations occur in the northwest.

As the economy continues to deteriorate children have become an important part of the workforce. Although, Syrian law forbids anyone who has not completed their basic education or is under the age of 15 from working, %75 of household’s joint or sole income come from children.  Some children are forced to work having lost their loved ones, some are sent to neighboring countries to earn income and send it back home. Some even travel alone to Europe in search for work and a better future. Children as young as seven are known to be working in Syria. In Lebanon the situation is even worse where children at the age of five are forced to work.

Child marriage existed before the war, but regrettably it has become more common today. Girls in Syria as well as those living in neighboring countries are sold to much older men sometimes as second or third wives against their will in return for negligible amounts of money. Particularly in Lebanon it is known that women as well as young girls are being sexually assaulted and raped. Rape unfortunately has become more prevalent both in Syria and in the camps in Lebanon. Cases in which young girls are married off to their rapists is not uncommon. These marriages often have serious health consequences for young girls from sexual exploitation to reproductive and sexual health issues.

Furthermore, Children in Syria have become a part of the war either as toy soldiers or by being used as human shield. Thousands of children, some as young as seven years old, have been recruited into fighting. Although the numbers have been decreasing over the past couple of years around 900 children are recruited annually by the waring parties in Syria. It is also a known fact that the PKK affiliated Syrian Democratic Forces in the Northeast of Syria forcefully conscribe children.

From the onset Turkish authorities have worked rigorously to provide a dignified living environment for the Syrian refugees. Particular care is being given to children.

Currently in Türkiye around 1 million Syrian children are at an age to go to school. Since 2017 Syrian children are integrated into the national public school system. Nearly 800 thousand children attend school. The School enrolment rate has more than doubled over the past 7 years to 65%. The target is to reach 100 % in terms of school attendance. Furthermore, there are around 12 thousand Syrian volunteer teachers who work with an aim to help the Turkish state in providing adequate education to the Syrian children.

On the other hand, there are 37 thousand Syrian students currently studying in Turkish universities. Over 300 Syrian academics work in different universities across Türkiye. To this date, more than 22 thousand scholarships have been awarded to Syrian students.

Moreover, child protections services offer psychological support to parents as well as children. Especially mothers are offered free education services so that they can be of greater help to their children. Also, youngsters receive counselling on ways to cope with the challenges of growing up in a different environment.

For many children Türkiye has become their home. They were born and raised here. When asked, less then 10 percent of the children say they want to go back to Syria. Only when Syria will be able to offer them a future will they be willing to go back to their homeland.

The Future of Syria and the Syrian Children

With the outbreak of Covid-19, and the war in Ukraine, the world’s attention has shifted, and funding has significantly declined.

The crisis in Ukraine and the human suffering has caused shockwaves around the world. But unfortunately, the Syrians have withstood this suffering for 11 years.

As long as there is no political solution to the war in Syria, no matter how much assistance is provided, or certain measures are taken the conditions for children will not improve.

One must not be naïve to think that things will get better overnight. It will take years if not decades for the wounds to heal. That is why special attention should be given to children to make sure that they receive the emotional support, education and training they need to succeed later in life. Because these children are the future of Syria. Europe: The Continent of Differing Values - Syria vs. Ukraine
Latest
Most Read