Eleven Years On: The Necessity Of Hope 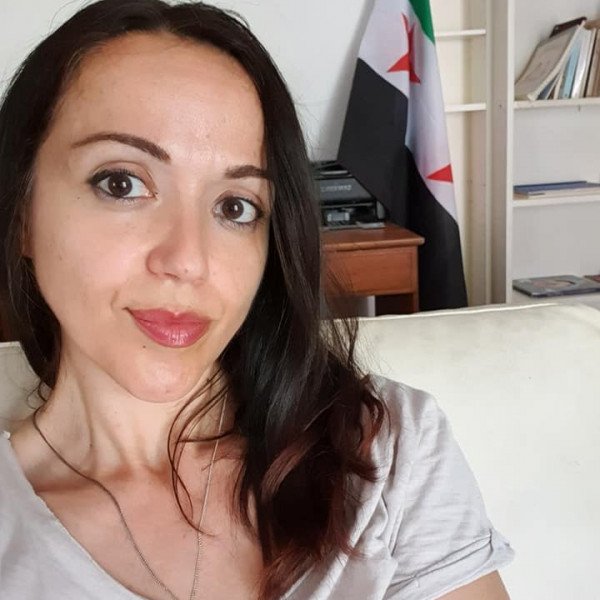 A few days ago, while observing the tragic events unfolding in Ukraine, I suddenly realized Syrians are veterans, in many ways. Coming from the Latin vetus (old), the term “veteran” broadly describes someone who has done something for so long that they become particularly old/experienced and, therefore, worthy of honor. As we approach the 11th anniversary of the Syrian revolution, I can say, without any shadow of a doubt, that Syrians, collectively speaking, have endured so much that they have become veterans not only of war, but also of loss, betrayal, displacement and extreme gaslighting. On the other hand, they have also become veterans of steadfastness and hope.

In these eleven years, free Syrians, in particular, have had to stand alone in front of the world, fighting innumerable enemies from inside and out. Those who have never liked the Syrian revolution love to confront its protagonists and supporters with the current reality the country is facing: hundreds of thousands who have lost their lives, millions in exile, a nation that has been dismembered and partly sold to foreign powers and, above all, Bashar al-Assad still in power with his entourage of lackies. It is a special, and not so subtle, form of gaslighting that free Syrians often have to undergo and which echoes that hateful question many have received, even while being savagely tortured: “Is this the freedom you want?” In the last few years, therefore, more than the physical destruction and violence, more than the displacement, gaslighting has been, in my opinion, a peculiarly evil type of abuse that the Assad regime and its supporters have been inflicting on their victims. This form of emotional manipulation, typical of narcissistic abuse, is aimed at blaming victims and making them doubt their own words and actions. As tyranny has often inherent narcissistic traits,[1] we should not be surprised at the “victor’s’” attempts to convince free Syrians that the revolution never existed, and if it did, it was never even worth it.

This is probably also the reason why, besides the worsening of the Ukrainian situation – which for Syrians is somehow the re-enactment of a nightmare staged by the same villains— the mood of this 11th anniversary does not seem to be particularly cheerful. Attitudes oscillate between the idea that, as Yassin al-Haj Saleh stated last year, “there’s [still] a Syrian cause, but we lost the Syrian revolution,”[2] and the concept that, as Raed Fares alluded to in his speech at the Oslo Forum: “The revolution is an idea, and ideas never die.”[3] Generally speaking, in 2022 many Syrians feel their case is still stuck in a never-ending cycle of misery and injustice: there are people in camps, the issue of detainees remains unresolved, corruption is rife, and there is a natural, deep-seated, desire to live a ‘normal’ life without having to carry the burdens of history on one’s shoulders.

Yet, now more than ever, it is vital to remember and even celebrate. In 2011, around this time of year, a group of children and teenagers were arrested in the city of Daraa for writing slogans on walls that, in the following years would become the symbol of the revolution itself. Among them the famous: الشعب يريد إسقاط النظام (The people want the fall of the regime). It was eleven years ago, although it feels like centuries. When I ask people who took part in the early protests to describe what that first year was like, I always receive similar answers: “It was really a revolution for freedom and dignity. We were one and there were no distinctions between us. Despite governmental repression, we were full of hope.” Then, as we all well know, the situation became infinitely more complex as revolutionary groups multiplied and the regime, in a desperate attempt to cling on to a modicum  of power, received foreign help, reducing the country to dust and demographically re-arranging it.

When thinking about the events following 2011, I see many free Syrians burdened with an overpowering sense of guilt. No matter how right they think they were in their cause or how proud of the revolution they are, many are still haunted by the thought that, if they had not opposed the Assad regime, their families would still be alive/whole and their life would somehow be ‘normal.’ Although none of us really knows the answers to these questions, there is an important aspect I would like to highlight. When the revolution began in March 2011, nobody thought things would go so far. People were simply not prepared. They took to the streets asking for reforms, they found themselves fighting for survival. Coming from a society based on the principle of “divide et impera” (divide and rule), in which fragmentation and mistrust had long been powerful tools of control, free Syrians had to learn to trust each other and work together for a common goal. How could they expect to create a solid, consistent revolutionary movement while they were busy facing emergencies and dealing with extreme hardship? As Raed Fares reportedly said to Samar Yazbek in 2012: “There’s no culture of working together for the sake of civil society or a culture of citizenship. […] That’s why regional disputes and rivalries between groups and blocs erupt. […] It’s a direct consequence of totalitarianism.”[4]

While trying to cooperate for a joint purpose in the face of multiple difficulties, free Syrians also had to face the disillusionment created by innumerable setbacks and disappointments. Unexpectedly, the Syrian cry for help and support in achieving freedom went unheard, over and over again. Not only were revolutionaries left alone in their struggle and in their attempt to overthrow tyrannical rule, but the world stood by and watched them die without raising a finger. There were two or three distinct moments in particular in which free Syrians and their supporters clearly felt they had been abandoned. The first is when, after the Ghouta chemical attack – in which, reportedly, 1,400 people died – Barack Obama backed down from the “red line” declarations of the previous year and decided not to intervene, taking a decision that French president François Hollande then described as “a missed opportunity that could have changed the course of the war.” Inevitably, by sealing a deal with the Russians, the Obama administration left Syrians to be slaughtered at the hands of a murderous regime. The second was when Russia came to Bashar al-Assad’s rescue. In September 2015, many thought the regime was on the brink of collapse, as the revolutionaries had conquered many parts of the country. Then came Putin, who saved Bashar and transformed him into a puppet king. Yet, if I stop to think at the historical moment in which disillusionment definitely prevailed, it is Aleppo that comes to my mind. After Aleppo’s fall, most of us figured that Assad was going to take back a great part of the country. Green buses, humiliation, deportation… this became the fate of other Syrian cities. After Aleppo, fearing for their families in Syria, many Syrians in Europe, understandably, stopped backing the revolution openly. At the same time, support from outside became increasingly problematic as the Syrian regime succeeded in creating and promoting the idea that revolution equates to extremism and sold itself as the ‘lesser evil’ that was going to save the country from terrorism.

In spite of all this, I am deeply convinced that the Syrian revolution was abandoned because in the beginning it was born as a veritable people’s revolution, not connected to any specific ideology or following any particular agenda. This is also why, unfortunately, many tried to appropriate it, label it, and use it for their own purposes and agenda. They all failed, although, in  doing so, they sabotaged the revolution itself. That in its turn, however, became a sort of ‘litmus test’ revealing the extent to which people were in fact committed to the cause. And if it is true, on one hand, that the country itself is in ruins, in many ways, it is also true that part of the Syrian diaspora is blooming. There is a whole Syria outside of Syria – as Italian-Syrian writer, Shady Hamadi, referred to in his most recent book – a Syria that is “as big as the world.” Whereas many are unfortunately still languishing in refugee camps, there is also a new generation of people who found, or were given, the right tools, to rise above the tragedy and develop their talents. These are men and women who are free and aware and whose role will become more and more important in a world that, as Yassin al-haj Saleh stated, has progressively become “Syrianized,” a world “that is becoming more depressing and complex by the minute, a world that is losing direction and at the same time concealing possibilities for emancipation and democracy.”[5] I believe these are the men and women who will rebuild the country after the fall of this putrescent regime. This is also the people, as again suggested by Yassin al-haj Saleh, who will be part of a movement of renewal at a global level:

I tend to be hopeful, “tragically hopeful.” Many within the revolutionary generation have had momentous experiences, and they are now developing better tools to represent, narrate, and interpret them. They are participants in a very big story; a story to be proud of; and to keep telling, elaborating, revisiting. The relationship between the personal and the political (and between the Syrian and the global), is central in their trajectories. At the same time, they are not old-fashioned rigid revolutionaries. They incorporate despair, melancholy, burnout, and extreme loss in their perspectives and constitution. Many of them are already a part, even a leading part, of a new global revolutionary sensitivity.[6]

In conclusion, we cannot afford or allow ourselves to lose hope in Syria. We owe it to the martyrs, we owe it to the detainees, we owe it to the displaced, we owe it to those who sacrificed everything they had.[7] If we fail to give meaning and purpose to their hardship, their memory will be lost forever and will not be of any use to future generations. It is our duty to restore the truth and find meanings and, when not possible, to create them. Nowadays, free Syrians and those who support them have the responsibility to influence what history books will report and on how the Syrian experience will affect the world. It is time to make a further effort in order to affirm truth in the face of the so-called victors’ narrative. Eleven years are long if measured in terms of people’s pain, but they are not long in terms of historical processes since true, meaningful historical changes take place over a long period of time. It probably won’t be possible to obtain justice for every crime committed in Syria but, as Shady Hamadi said in Milan a few days ago, telling one’s story and preserving memory is, indeed, a way to obtain justice.

[4] Samar Yazbek, The Crossing: My Journey to the Shattered Heart of Syria, London, Penguin 2015, 98

[7] Etymologically, the word ‘sacrifice’ means ‘to make something sacred.’

Francesca Scalinci
Francesca Scalinci a PhD in Anglo-American and Postcolonial Studies from the University Ca’ Foscari of Venice. In her research, she has mainly focused on the Caribbean and the Mediterranean. As a human rights activist, she has been following Syrian events since 2013, taking part in many campaigns in support of freedom and justice for Syrians. She’s also a poet and many of her poems bear the echo of her great love for Syria and Syrians.
Latest
Most Read